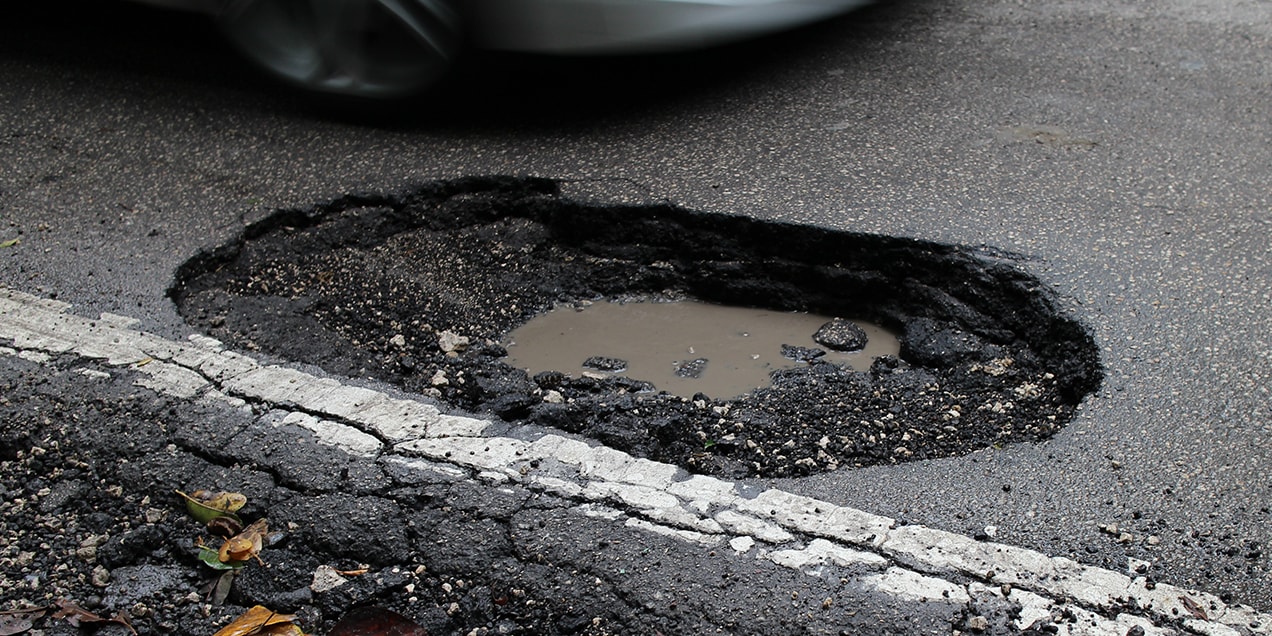 The Biden-Buttigieg Transportation Agenda – and Potholes

The new DOT secretary lands with strong bipartisan support. But what does road maintenance look like as electric-powered vehicles (EVs) proliferate?

What will a new administration in Washington – President Joseph Biden and Secretary of Transportation Pete Buttigieg – mean for potholes in America? They enter with promises that are transformative – such as supporting the development of a half million electric vehicle (EV) charging stations from coast-to-coast.

It appears road maintenance, which should mean fixing small cracks before they become deadly potholes, will be prioritized.

Of course every new administration enters with a blueprint that is subject to the whims of Congressional funding. The previous administration made its best marks with the BUILD program (Better Utilizing Investments to Leverage Development), the bulk of which funded rural highway projects.

A year ago, Buttigieg earned top scoring among all candidates in the Democratic primaries from Transportation for America, an organization that lists infrastructure maintenance as one of its top three guiding principles.

“If your house has a leaky roof, it’s only prudent to fix the roof before building a new addition,” says TFA’s website. “Roadway funds are not focused on maintenance, and our roads are deteriorating, despite unprecedented levels of funding … states are allowed to spend more on expansion than repair, which many states do, so merely adding new funding into these existing programs will not reduce our maintenance backlog.”

In citing the then-candidate Buttigieg’s high accolades during the primaries, TFA noted, “his plan would require states [to] plan for maintenance before they’re allowed to build new or wider highways with federal funding. Requiring maintenance before expansion earns Buttigieg a point by our standards.”

The former mayor of South Bend, Indiana (population 102,000) beat out two other former mayors for the position, Eric Garcetti of Los Angeles and Rahm Emanuel of Chicago. Despite Buttigieg’s resume’s shortcoming of scale, he comes with high marks for broad intellect, communications talents, and deep experience with digital technologies in public infrastructure. His work with IoT (Internet of Things) technologies to modernize the South Bend storm sewers famously achieved its federal EPA mandates at just ten percent of the projected cost; it’s become a model now implemented by more than 100 cities worldwide.

When confirmed earlier this week, Buttigieg garnered a surprisingly strong 86-13 vote in the U.S. Senate. The DOT budget is $90 billion, about $22 billion of which is discretionary.

The new DOT Secretary is tasked by President Biden, according to reporting by the Associated Press, to focus on “rebuilding roads and bridges and expanding zero-emission mass transit while boosting electric vehicle infrastructure, including building 500,000 charging stations over the next decade.”

Those charging stations would be a bold step forward for the EV sector – and a further erosion of the existing federal, state, and local gas taxes that fund the bulk of transportation spending. Money generated by the 18.4 cents-per-gallon federal tax has inadequately funded the federal Highway Trust Fund for more than a dozen years, with the shortfall covered by revenues from the general treasury (i.e., all taxpayers, regardless of their use of the roads). Greater fuel efficiency – and now, vehicles running entirely on electricity instead of gas – exacerbates the challenge to that means of funding. Likely, some version of a vehicle-miles-traveled system will be garner support.

The overwhelming Senate vote in support of the new DOT secretary, including discussion of instituting a vehicle-miles-traveled taxing structure on non-gas vehicles, was best summarized by Republican Senator (SD) John Thune: “Transportation infrastructure investment around here has always been an area for bipartisan cooperation,” he told Roll Call, adding, “The other thing that enjoys bipartisan popularity around here is not paying for it.” Elected legislators from both sides of the aisle are already lobbying for projects in their home districts, and seem to agree that infrastructure maintenance and building are solid job creators.

They need to get to work quickly. Pothole season – the latter part of winter and the beginning of spring – is upon us.