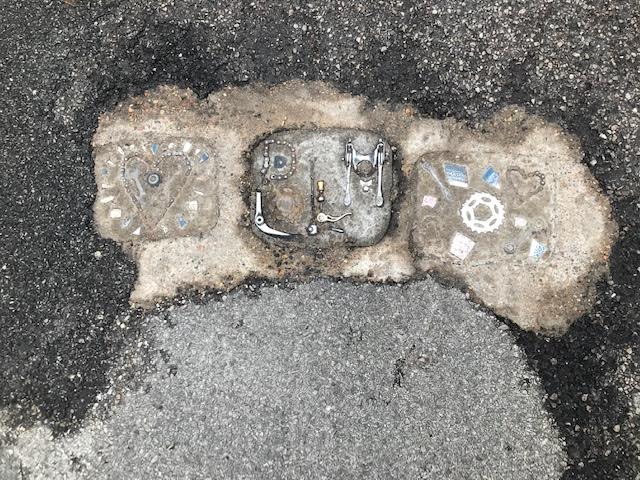 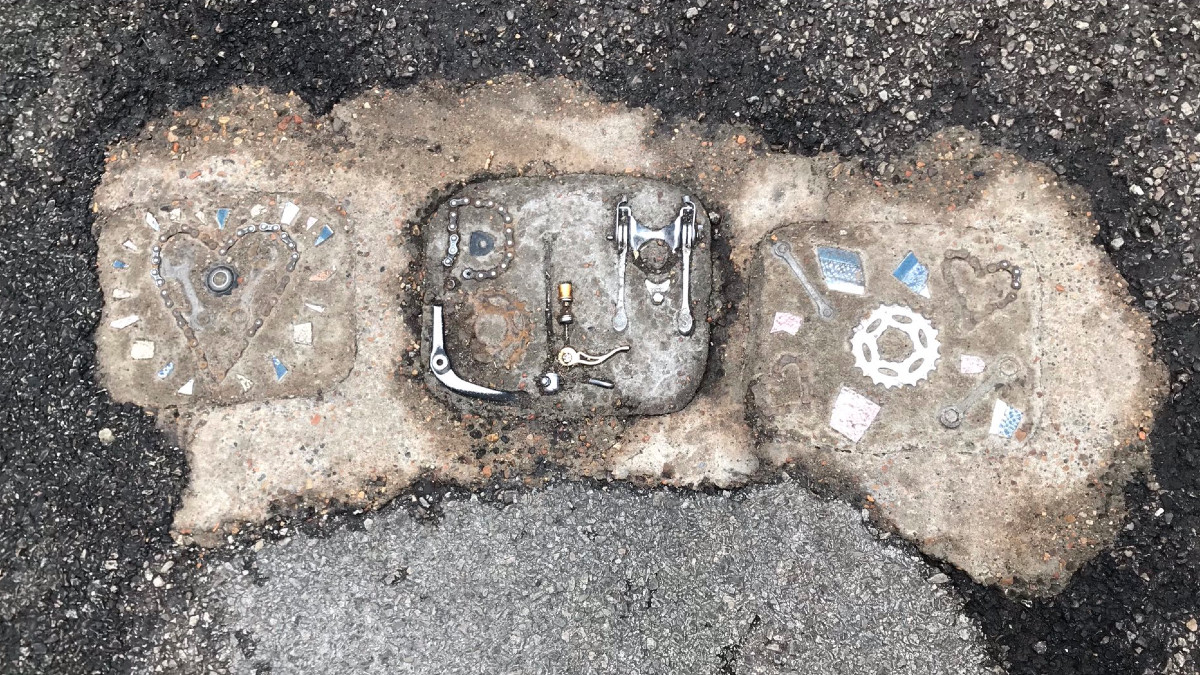 Injurious falls occur more often outside the home than in. Artists in Chicago are filling potholes with bicycle parts – perhaps reducing pothole dangers.

In this particularly cold and miserable winter of 2021, after the snow is sufficiently scraped or melted away from the streets of Chicago’s Rogers Park neighborhood, there are some filled-in potholes from late 2020 that should get more attention than road repairs typically do. That’s because a collection of potholes – and one patchy section of sidewalk leading into a city park – has been filled with cement and artfully recycled bicycle parts. 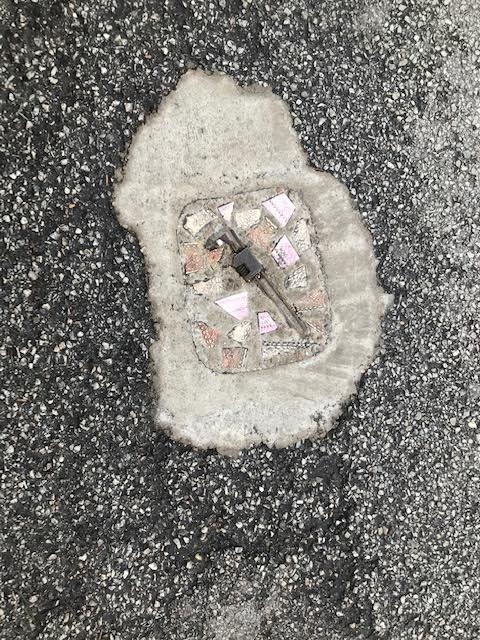 The work by The Recyclery Collective, a non-profit that repairs discarded bicycles for extended use, was funded by a grant from AARP (formerly called the American Association of Retired Persons) to support “quick improvements by way of smart public projects.” As illustrated in the photos, bits of derailleurs, brake rotors, speed cassettes, wheel axels, and chains are set in concrete that is used to fill spots of pavement failure.

This particular AARP grant of $7500 was made to improve accessibility, a concern for seniors as well as anyone with mobility issues living in urban areas. Heaved slabs of sidewalks, ungraded curb steps, potholes, and other pavement anomalies in fact are the cause of serious injury and death to individuals with mobility challenges – people who are otherwise encouraged to live active lifestyles as a means of forestalling the effects of aging.

“Falls occurred outdoors more often than indoors among most age groups. Study participants who reported more leisure-time physical activity had a higher risk for outdoor falls. Most outdoor falls (73%) were precipitated by environmental factors, such as uneven surfaces and tripping or slipping on objects, and usually occurred on sidewalks, curbs, and streets. Walking (47.3%) was the most common fall-related activity.”

The study conclusions go on to advise modifying environmental factors – which should include elimination of potholes.

More than one in four older adults falls every year, according to the National Safety Council, citing statistics from the Centers for Disease Control and Prevention (CDC). If more of those falls happen outdoors, that means at least one in eight older adults has a fall outside. Of the total number of falls, outdoors and in, 800,000 patients are hospitalized due to such incidents. The most typical injuries are to the head (traumatic brain injuries) and hipbones (hip fractures).

This is not the first and only set of artistic potholes in Chicago. Artist Jim Bachor’s works in the Windy City, New York City, and elsewhere are detailed mosaics set in concrete pothole filler. He incorporates everything from political messaging to ironic takes on packaged food products, desserts, and at least one depiction of a rat have been photographed and featured in media such as Colossal, The Wall Street Journal, Chicago Tribune, CBS Sunday Morning, Vivid, and The Art Guide.

What should be obvious is these artistic pothole-fillers are a way to get us to look at the ground we are walking on, think about the messaging, and avoid injurious falls. One might say that looking down is the new way of looking up. 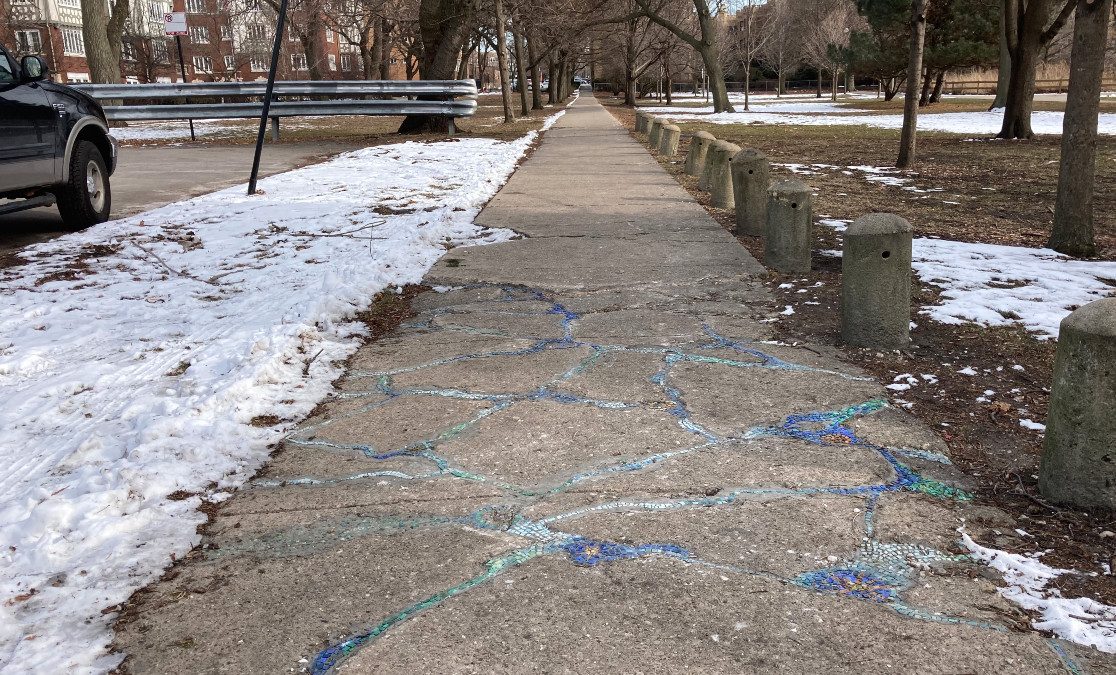