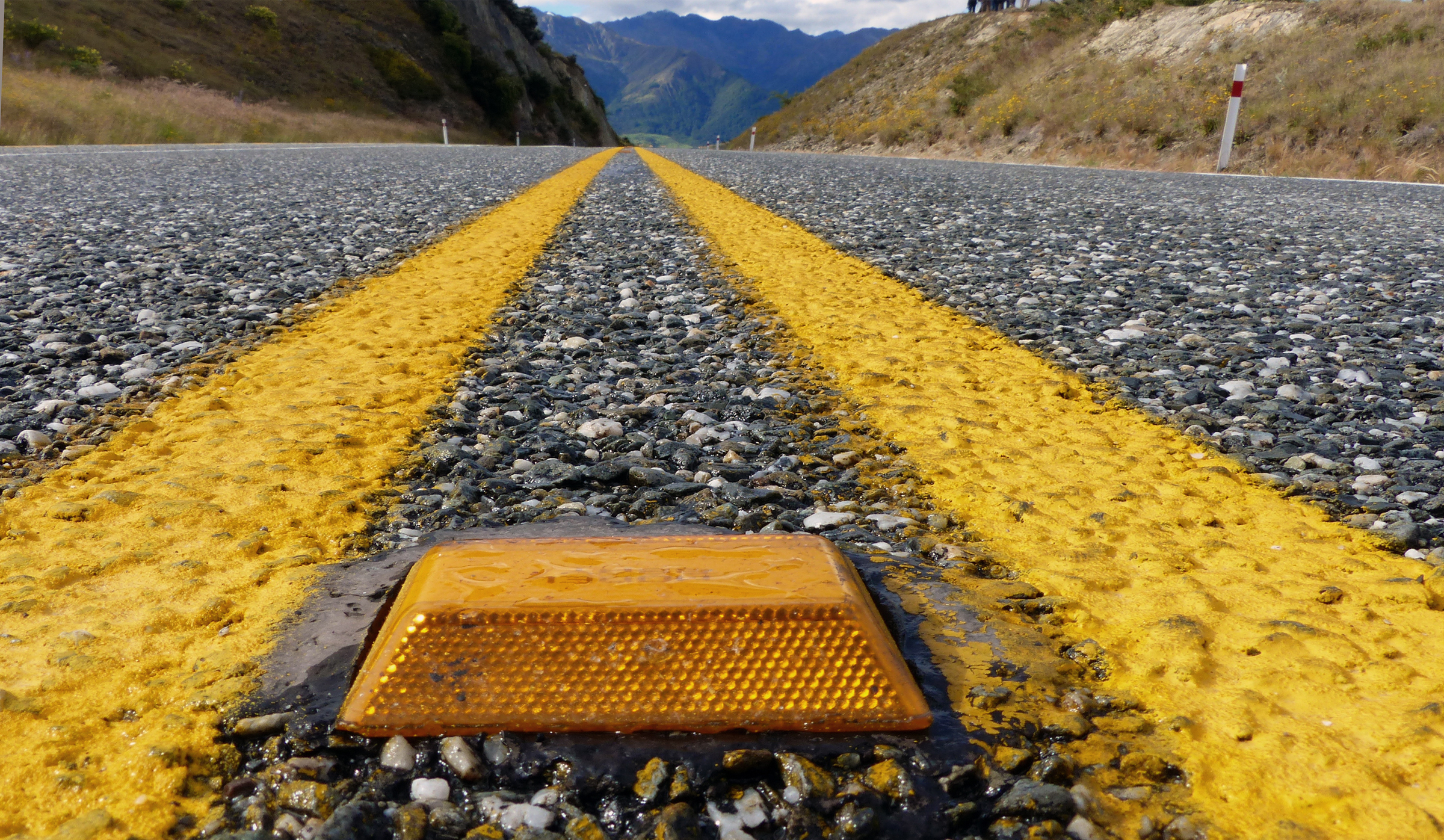 Since the early 20th century, markings and reflectors have helped guide our way and keep us safe while driving. Too bad potholes don’t come with such warnings.

While it’s commonplace today to see yellow and white lines, and different colored reflectors, embedded in our streets and highways, that hasn’t always been the case. The first painted lines down the middle of roads – in Wayne County, Michigan in 1911 – came a full 25 years after the first car was patented (the Benz Patent-Motorwagen), and three years after the first mass-assembly 1908 Model T from Ford Motor Company.

In the intervening years the means by which drivers are directed away from hazards have become increasingly sophisticated and, conventional wisdom would have it, effective at reducing accidents.

A recently published meta-analysis – a comprehensive overview of 71 different studies – looks at the impact of pavement markings (“Road Markings and Their Impact on Driver Behavior and Road Safety: A Systematic Review of Current Findings,” Babic, Fiolic, et al., Michigan State University and University of Zagreb, Journal of Advanced Transportation, 2020). It identifies the effectiveness of road markings on driver safety; overall, the beneficial safety effects are largely good. One 1981 study cited within the paper says that accidents involving injuries and deaths decreased between 3% and 16% from various types of road marking enhancements.  Another study conducted in Texas in 2006 found that roads without edge lines have an 11% higher risk of road accidents than comparable roads with edge lines.

Some additional conclusions of the study:

Road markings also have implications for the future where robots will be doing the driving. The president of BMW testified before the US Congress that clear lane markings are, “a critical component to a transportation network that is ready to deploy connected and automated vehicles [autonomous vehicles].” The testimony was in a hearing before the Subcommittee on Highways and Transit/Committee on Transportation and Infrastructure in the US House of Representatives (April 9, 2019).

But even with great markings and, eventually, safety-programmed autonomous vehicles, it’s difficult to see how either overcome the hazards of poor pavement quality. Potholes and other asphalt failures (loose gravel, oily surfaces, debris, etc.) are the cause of 22,000 traffic fatalities per year, according to research by the Pacific Institute for Research and Evaluation (PIRE). The research organization – which counts among its clients the National Highway Traffic Safety Administration, National Safety Council, and Mothers Against Drunk Driving – says deficient road conditions are “substantially more lethal than drunk driving, speeding, or non-use of safety belts.”

In addition to fatalities, PIRE says that costs associated with bad road conditions are $200 billion annually.